This is the second of three posts with my favorite albums of the year. Music is subjective, like all other pieces of art. I picked these albums because they were the most entertaining to me. These are my Top 10 Metal releases.

This album is an exercise in savagery but I mean that as a compliment. It is raw, and harsh but in a satisfying way. It is a pummeling assault throughout but it is also surprisingly melodic too. The heaviness of this album is its primary feature and they do it really well. It is also grounded and relatable lyrically as well, tackling the issues of life. I like the tracks: “A Dime A Dozen”, “Deadfast” and “Haste Makes Waste” 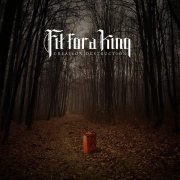 Fir For a King are just as pummeling as the Last 10 Seconds of Life but a lot more melodic. As a Christian band they are another band continuing to legitimize the genre and follow in the footsteps of Underoath, and For Today. The screams and clean vocals are both delivered with passion and fury. This band is new to me and I am glad I came across them. Check out: “Hollow King (Sound of the End)”, “Warpath” and “Bitter End” 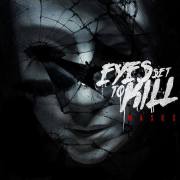 The Rodriguez sisters and co. are back with another awesome album that dances the line between melodic and aggressive. I love the interplay between singing and screaming. This band manages that mix really well. All of the songs on the album have an energetic driving rhythm. This is another ‘notch in the belt’ that is their discography. Check out tracks: “Secret Between”, “True Colors”, and “Nothing Left To Say”

7) Close Your Eyes – Line In The Sand

With new vocalist Sam Robinson there is a renewed energy in the band. This album sounds way heavier than their previous work and on this effort they didn’t come alone. They had guest vocals from Zoli Teglas (Ignite/Ex-Pennywise) and Tommy Green (Sleeping Giant). This shows that others are recognizing what Close Your Eyes bring to the hardcore genre. It’s time everyone pays more attention. Check out tracks: “Sleeping Giant”, “No Borders”, and “Line In The Sand”

This album is crushing in the best way possible. This album is like the soundtrack of the the world coming to an end. At least in that event we have some tunes to accompany it. It is brutal and unrelenting but in a way that is strangely catchy. It is amazing. This band continues to deliver consistent good tunes. The songs to check out are: “Death Will Reign”, “Ravenous Disease”, and “Doomsday”

These guys were my number one album a few years ago. This album is a great follow up to Dead Throne. The band is just as harmony-filled and catchy as they always have been but they are also as heavy as ever. The band is getting better and better instrumentally as well and they also improving the way they use atmosphere in their songs. The band is consistently putting out good music but they are young and still have promise of more great records in the future. Check out the songs: “Sailor’s Prayer”, “War”, and “Home For Grave”

Jesse Leach is back! With him comes, introspective lyrics, furious screams, renewed energy, and some melody. The songs are heavy but bursting at the seams with melody too. We still miss Howard but this makes the loss a whole lot easier. Don’t miss: “The Hell In Me”, “The New Awakening”, and “Always” 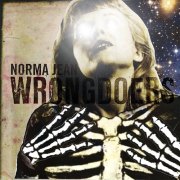 This album has my favorite metal song of the year, “Sword in Mouth, Fire Eyes”. In addition to that track there are a lot of other great songs. This band continues to put out great music. The songs are heavy, grungy, melodic and crushing. The art of the songs that they have here is at such a high level it is not to be missed. Listen to “Wrongdoers” and “If You Got It At Five, You Got It At Fifty”

2) Hatebreed – The Divinity of Purpose

Hardcore is sometimes an under appreciated subgenre of metal but no one can deny the impact that hardcore vets have had on metal. They are back with an another awesome new album that is furious, energetic, and angry. This album is very heavy but catchy as well. There are many new anthems on this disc for you to sing and shout along with including: “Honor Never Dies”, “Indivisible”, and Boundless (Time To Murder It). 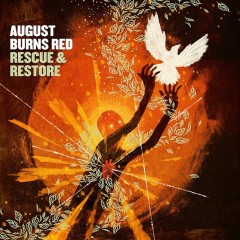 Going into this year it was one of my most anticipated albums. I loved this just as much as I expected to and maybe a little more. The album was technical, melodic, and heavy all at the same time. I loved the lyrics on this album just as much as I did with their previous work. The top tracks were: “Fault Line”, “Beauty In Tragedy”, and “Creative Captivity”

Honorable Mentions:Iwrestledabearonce-Late for Nothing; Terror – Live By The Code; Thy Art Is Murder – Hate; Trivium – Vengeance Falls; Down to Nothing – Life on the James